Long-Term Engagement
We Are Birds,
Our project started off as just a possible report on just Bird Singing for the classroom, but it’s much more than just that.
We worked with Multiple Reservations within the Bird Singing areas… to get the story about Bird Singing today.
We didn’t know how big this project was until we were in it.

It became a Visual Anthropology Project that the film came from.
Our Methodology became a long-term, Engaged Involvement with the Native Community that continues today.
We utilized their Traditional Art Form of Bird Singing to get out the Message to the larger audiences who Our Local Native American were while Creating new Visibilities and forms of Social Engagement to "Empower My People".
Collaboration has become the object of We Are Birds…
As a Native American (Kupa/Cahuilla/Apache) I was giving a chance to learn about this Tradition my family has moved away from, and record it too but not in a normal field Production process…
One example of the NON-traditional Filmmaking methods of letting your Elder tell you how you’re going to Learn and Practice Bird Singing, when to film and what can be shared.. are unheard of!
But in our case, It worked very well.

Albert Chacon,
We Are Birds Producer/Editor/Director 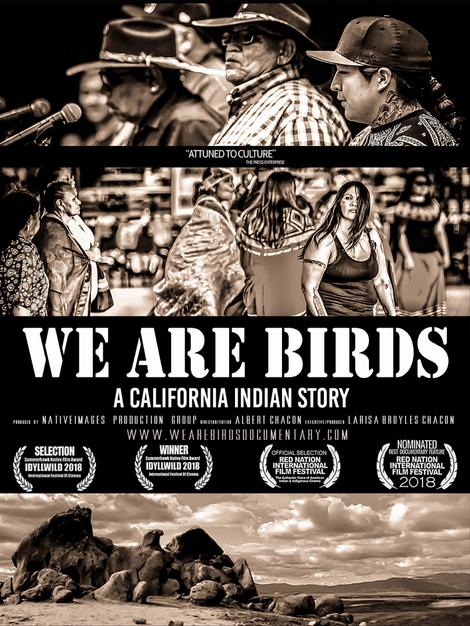 We Are Birds, "Educational LINK" (Vimeo) 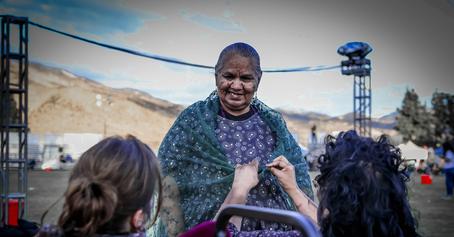 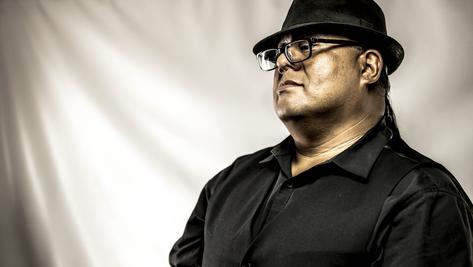 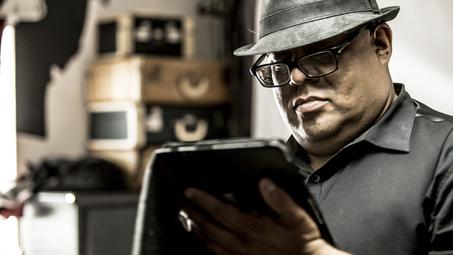 But what might have been a negative became a unique opportunity in this specialized cultural niche I was in.  The fact that I’m a cultural descendent was enough to get me in and allow me to talk with Head Bird singers to ask for their advice and their permissions to even undertake this project.  The fact that I was not enrolled at a specific reservation allowed me to talk to singers and dancers from many different reservations, which had not been done before.  As it turned out, through my interactions with different families of Singers, we found that I was related to people in Bird Culture that I had already been working with, which was unexpected and has made me feel even more “connected” to the songs, the history, the culture, and the project itself.   It would turn out to be an arduous journey that would take years – a journey that I am still on, to be frank – but it allows me to get the story the right way:  from MANY people and not just from one source!

Starting from the Top

Beginning with the Elders, we initially worked with Cahuilla Head Bird Singers Alvino Siva and Ernest Siva.  They started me on my path of cultural preservation by sharing their stories and their languages with me so that we may share abroad, Telling the story the Right way.

As time went on, I had a chance to work with Wally Antone (Quechan), Walter Holmes Jr (Morongo), and Ernest Morreo (Torres-Martinez).  Each of these elders, who were Head Bird Singers  (“Hauniks” in the Cahuilla language), took the time to meet with me and shared their own perspectives on Bird born of history and experience.

Each gave their approval of this project – this was a necessity to me or I would not have proceeded – and essentially gave me “referrals” as to who to talk to next, where to go, and what to do in order to move forward and still live and work within the social protocols of Bird.

To this day, I still maintain relationships with the people and continue to work on a variety of projects with them, apart from my ongoing documentary work.  When I began all of this, my aim was to find a way for people to share their OWN stories and this documentary gives them that platform.

With this promise in mind , we proudly present

“We Are Birds:  A California Indian Story”

The We Are Birds Documentary

​1st of the few Filmmakers in the Inland Empire.

Bird Songs have been a part of Cahuilla and other Southern California Native cultures for thousands of years, and the migrations of these songs as they were shared over time have created a long history of cultural connectedness between tribes across the region. These songs have also become a linkage between generations, and are at the heart of a growing movement to sustain language and cultural practice.

We Are Birds is a documentary film project that focuses on this movement as experienced by a variety of Elders, Bird Singers and Dancers, and other Cultural Preservationists. Their stories delve into the heart of what bird singing is, how it has changed, and why it is important that Bird Lives On.

We Are Birds documents this current social movement for the people’s own Native history, and also introduces the culture to a broader audience. Non-Native peoples are largely unaware of the Native cultures in their local area and are unfamiliar with their song and dance traditions. This project aims to shed light on these traditions that are both ancient and modern, while also creating awareness in the public, in the education system, and in local communities.
Produced by Albert Chacon
NativeImages Production Group